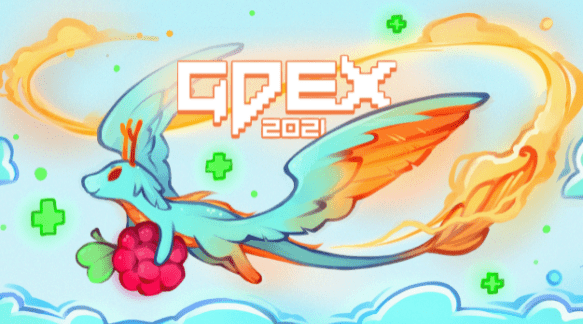 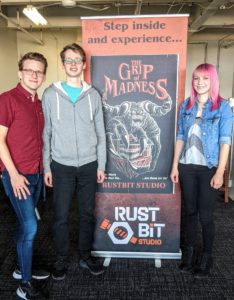 Thanks to a successful show at this year’s GDEX Expo in Columbus, Bounce Software Accelerator company RustBit Studio is one step closer in the development of their debut game, The Grip of Madness, a cooperative, first-person betrayal game. According to CEO and director of experiences Patrick Howard, the startup gained valuable exposure and customer feedback from what they estimate to be more than 600 people; half of whom demoed Grip of Madness over the course of the conference.

“Grip of Madness is 1980s-inspired ‘retro-horror’-themed game,” said Howard. “Feedback and reactions were very positive. But most important for us, was that people had a lot of fun playing the game, which is our ultimate goal.”

The GDEX is a curated showcase of some of the most exciting up and coming developers where attendees can see the latest games before anyone else. It is the premier event of its kind in the Midwest, offering opportunities for individuals and small businesses, such as RustBit, to accelerate their growth.

“GDEX provided further validation that our ideas and our formula for a game are on the right track,” said Howard. “Next steps are to continue to focus on product development and customer validation, while preparing to pitch to publishers (similar to investors, but for the gaming world).”

The team came to Bounce initially as coworking members, but as they started to form their own startup, they joined the Software Accelerator in August, moved into the Annex on the fifth floor of Bounce and are now getting advice and additional help from startup advisor Jack Hilton.

Look for RustBit Studio at the Cleveland Gaming Classic in Westlake on Nov. 13!

PrevPreviousStartup Showcase Highlights Entrepreneurs, Programs
NextIncubator vs. accelerator: Which one is right for your tech startup?Next
Archives
EVENTS