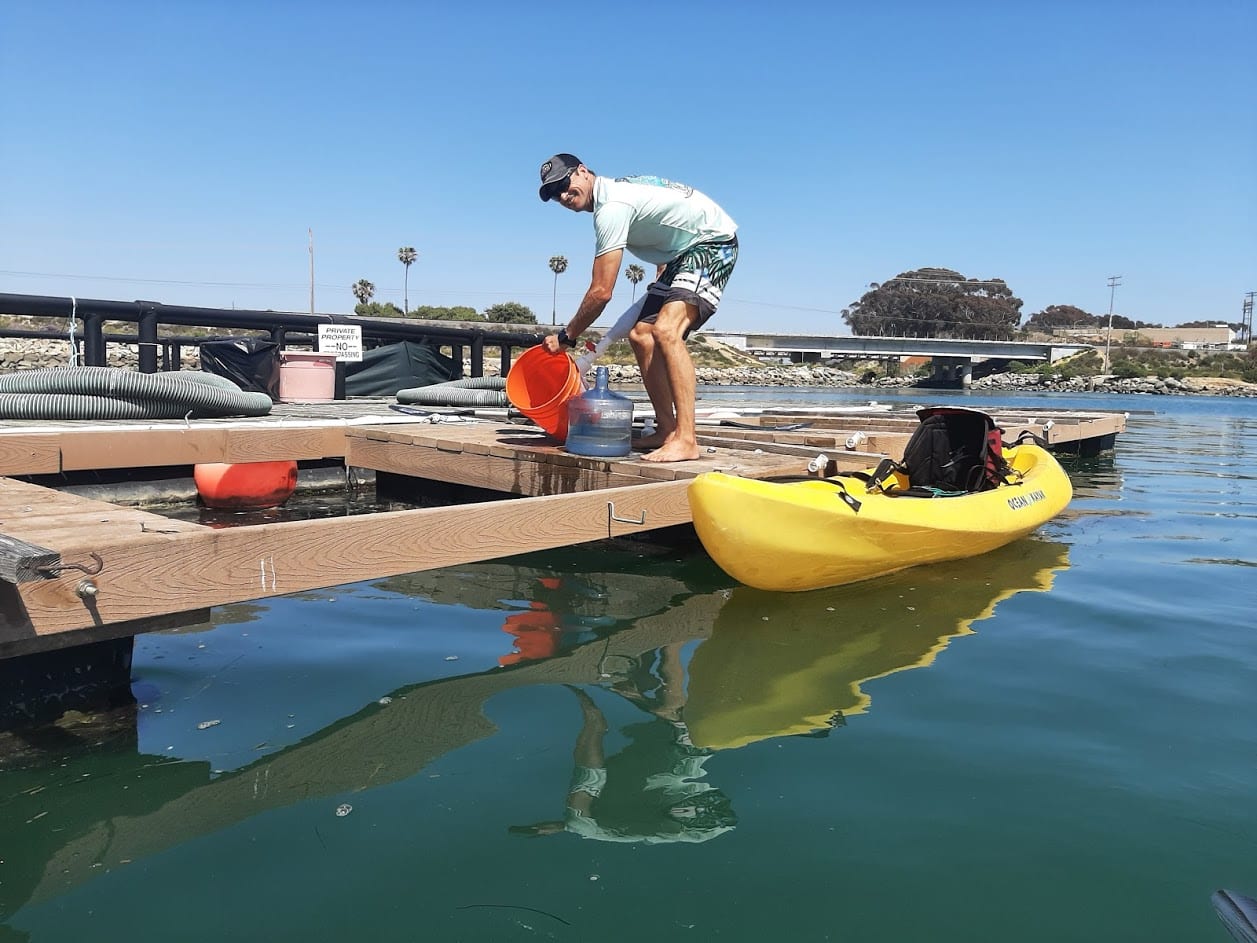 Two water technology companies that started in Akron are helping to ensure the safety of billions of gallons of drinking water across the U.S. and around the world. 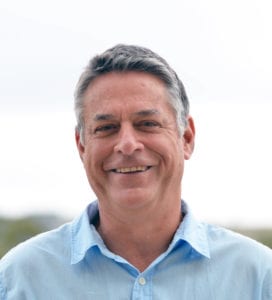 “The city of Akron, along with the entire state of Ohio, are innovators in water technology,” said Mark Van Asten, the Australian-based founder of Phytoxigene, which has an office at Bounce Innovation Hub. “Four years ago, Akron Water became our first customer and they continue to be our best customer.”

Phytoxigene uses molecular-based technology to detect and quantify the presence of certain algae blooms that produce harmful biotoxins in aquatic environments. As Van Asten began exploring the U.S. market for this technology, he participated in the Akron Global Water Alliance, sponsored by the city of Akron in 2015 to bring together people and water technologies from around the world.

“Akron Water was very willing to try our technology and were the first worldwide to do weekly testing,” said Van Asten, who also connected with the Ohio EPA. The Ohio EPA recognized Phytoxigene’s potential for predicting, screening and responding to dangerous algae blooms, and after a year of trials, adopted the technology in 2017.

“Many states are modeling what Ohio has done,” Van Asten said.

Phytoxigene has customers all over the world, including the two largest in America in New York and Los Angeles and, at the state level, stretching from New Jersey to Oregon. Recently the company’s technology was noted as a pioneering technology by the Water Research Foundation and assessed by the Alliance for Coastal Technologies, which is dedicated to fostering the development and adoption of effective and reliable sensors and platforms for use in coastal, freshwater and ocean environments.

“The Alliance for Coastal Technologies released a report that highlights the simplicity of our products for use in the laboratory and in the field,” said Greg Ford, Phytoxigene’s director of business development, who is based in Southern California and is pictured on the job in our cover photo. “Field applications have the potential to rapidly assess the dangers of a harmful algal event, allowing for quicker assessment of risk, and warnings to the public and water operators.” 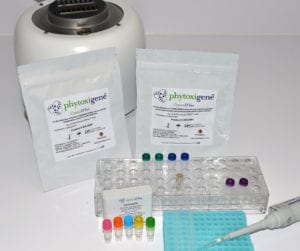 Molecular technology as a tool for water testing has a wide range of environmental applications including beach monitoring, source tracking for e-coli contamination, such as from agricultural run-off, and the ability to identify a species of fish in a body of water without actually seeing them. Phytoxigene’s focus is on biotoxins and also uses the same testing format to predict harmful blooms in marine environments that impact shellfish production.

“We’re changing the paradigm of testing,” said Van Asten. “Typically, a water sample is assessed under a microscope. Although you can see the presence and extent of a bloom, you cannot identify if the blue-green algae are toxic or have the potential to be toxic. This prediction is where molecular testing is a powerful adjunct to current monitoring programs and strategies.”

Fontus Blue, a Bounce Incubator company since 2017, is also focused on water quality. 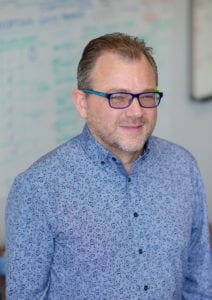 Founded by Christopher Miller, a civil engineering professor at The University of Akron, the company’s motto is “Exceptional drinking water for everyone.”

The software combines data and knowledge to provide real-time insight regarding changes in water chemistries, which then guides plant personnel in making water treatment decisions to produce water that consistently exceeds testing requirements. Traditionally, plant personnel have relied on estimates and formulas that may result in overtreating the water.

The company has grown to seven full-time employees serving 42 clients in seven states, Canada and Brazil. Local communities, Barberton and Ravenna, were early adopters of Fontus Blue’s technology. The city of Akron is also a client. 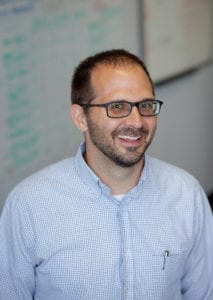 “We’re preparing to meet with Akron city officials to discuss results from 2020, including best disinfection byproducts and lead sampling results in plant history,” said Dan Hampu, COO of Fontus Blue. “We’ve also helped reduce their chemical spend by 25%, which is a more than $1.25 million savings.”

As Fontus Blue has grown, Miller has relied on various mentoring programs for start-ups through Bounce, as well JumpStart Inc., focusing primarily on sales and marketing. They’ve developed long-term relationships with the same group of mentors, meeting as often as weekly with some.

“These resources have enabled us to fill gaps in our skill sets,” Miller said. “We’ve also sought hardcore expertise in software development. Being able to tap into expert resources at strategic pivot points has been the greatest benefit.”

Fontus Blue is also participating in Imagine H2O, the premier accelerator for water technology companies, based in San Francisco. They were one of 11 companies chosen from 100 applicants for the 12th cohort of the program, which ends in November.

“Imagine H2O is providing us with access to some of the best people working in this space, including potential investors and partners,” said Miller.

Miller recommends that other start-ups in water technology look for partners they can align with to facilitate introductions and build credibility.

One of Fontus Blue’s partners is Data-Command, another Bounce Incubator company, which provides cloud-based solutions for monitoring municipal water treatment plants and distribution facilities, such as pumps, valves and chemical feeders.

“We want to be a resource for innovators in water,” said Miller, who has more than 20 years of experience in conducting research and consulting on water treatment.

He also noted that working with municipalities means sales cycles are often long and complex. One of the challenges he’s currently facing is how to move away from owner-led sales and empower his team to approach sales with the same passion and energy that led him to found Fontus Blue.

Despite the physical distance of being based in Australia and California, Van Asten and Ford still feel connected to the Bounce community and the region.

“Having office space at Bounce allows us to serve Akron and Cleveland when we’re in town, such as for meetings or staging equipment,” said Van Asten. “Vicky Fleet (Bounce’s office manager) is quite an asset, forwarding correspondence and serving as a point of contact. We feel very supported at Bounce.”

Both companies agree that issues surrounding water quality will continue, while creating new opportunities to tackle those challenges.

“There’s also a greater recognition by the general public that a lack of regulation and years of not looking after the environment can lead to disaster,” said Van Asten, who points to ongoing problems with toxic algae blooms at Lake Okeechobee in Florida caused by rampant phosphorous pollution. 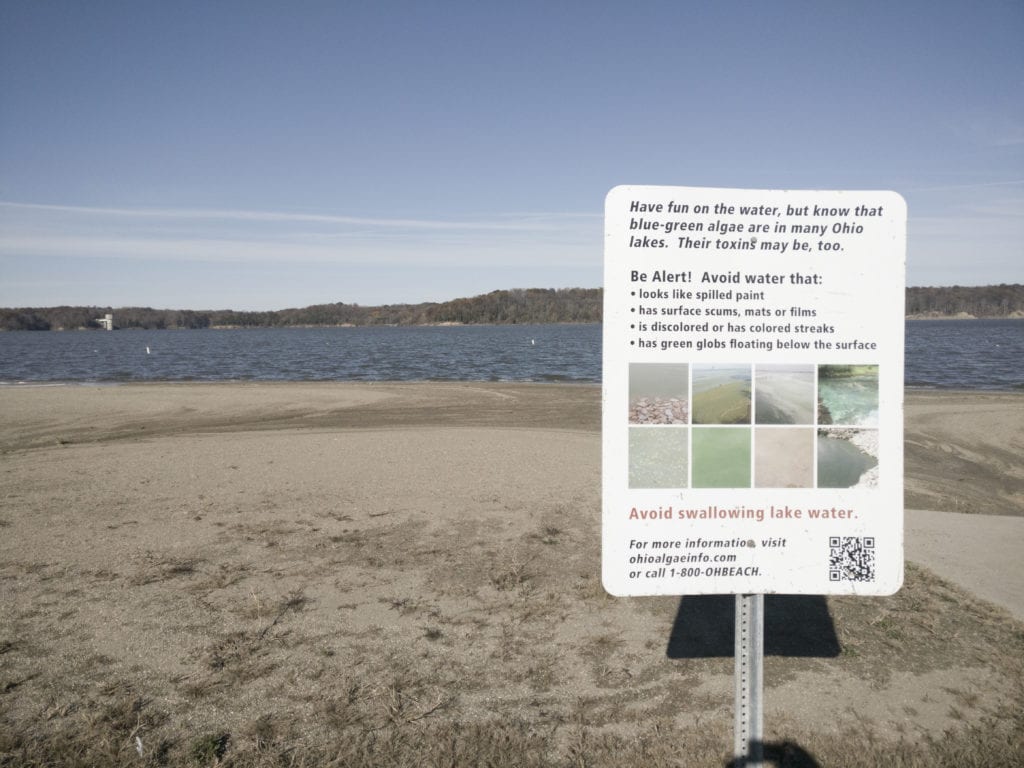 In 2014, the city of Toledo faced a water crisis due to toxic algae blooms that rendered their water unsafe to drink or use. As recently as July 9, the Ohio Department of Natural Resources issued a water quality advisory for Harsha Lake in East Fork State Park in Clermont County, cautioning the public to avoid contact with the water.

Fontus Blue’s technology also addresses corrosion and lead in water systems, which will continue to be a problem for our aging infrastructure.

“Increased regulations for the treatment of drinking water will create opportunities for software to manage those demands,” said Miller. “Our vision is to raise the bar in water quality and use data to deliver water that exceeds quality standards.”